Let’s pray for the repose of the soul of Fr. James McDonald who was called home to the Father at the Montreal General Hospital after a brief illness
on Wednesday, April 24, 2019, at the age of 86. 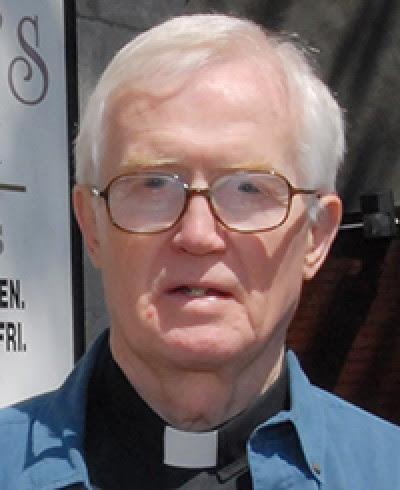 He served as a chaplain at the Fr. Dowd Home, and had been chaplain at several high schools.

Fr. McDonald’s longstanding ministry included his avid involvement in social justice. He is well-remembered for his role in providing sanctuary in St. Gabriel’s rectory for almost four years to Mr. Abdelkader Belaouni, a blind Algerian refugee.

Fr. McDonald was residing at Angus Square Apartments at the time of his death.

Our sincere condolences go out to Fr. McDonald’s family and friends for their loss.

Eternal rest grant unto him, O Lord, and may perpetual light shine upon him.
May he rest in peace.